You are here:
Media CenterNews 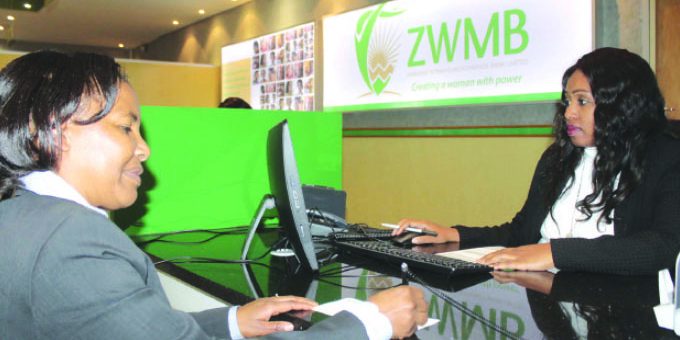 The much-awaited Women’s Bank opened its doors to the public on Tuesday, bringing to an end an anxious hiatus among prospective customers who had been waiting for the financial institution to start operating.

Already prospects are high that the bank will cater for the financial needs of women, who had been struggling to get loans due to lack of collateral, among other factors.

By opening the bank, Zimbabwe joins a number of countries among them Tanzania, India, and Pakistan that have women’s banks as part of their efforts to ensure that women have access to capital, one of the major hindrances towards their economic emancipation.

A visit to the bank revealed that customers, mainly women and a number of men were trickling in, with the majority utilising the customer care section to enquire on the basic requirements to open an account.

Mrs Rosemary Muradzi of Warren Park, who was among the first prospective customers to walk into the bank, applauded Government’s initiative to come up with a financial facility to cater for women.

“I am glad that the Government has finally fulfilled its promise, and I believe we should be seeing the bank reaching out to all the women across the sectors, affording them an opportunity to deposit with them and also get loans in equal measure,” she said.

Godfrey Meda, one of the few men who walked into the banking hall soon after opening, supported the initiative and urged the Government to ensure that the bank’s services will cater for both men and women.

The significant hindrance to Women’s potential to achieve their greatness has been financial exclusion, which the new dispensation has given priority to redress through the establishment of the Zimbabwe Women Micro-finance Bank.

Addressing journalists in Harare last week, Small and Medium Enterprises Minister Sithembiso Nyoni said the Zimbabwe Women Microfinance Bank’s opening marks a breakthrough for the new dispensation and that the financial institution would be inclusive.

“The bank has been licensed and certified after meeting the minimum infrastructural and operational requirements for deposit-taking microfinance business.

“It has taken a very long time for the bank to get to the stage where it is today and most of our anxious clientele was slowly giving up hope of ever enjoying the bridging services, which this unique institution is established to provide,” said Minister Nyoni.

Your feedback has been received.